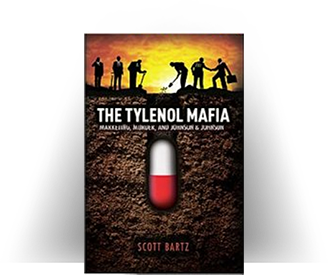 On September 29, 1982, seven people in Chicago died after taking Extra Strength Tylenol capsules laced with cyanide. Officials have long cited the scarcity of physical evidence and apparent lack of motive to explain why they never solved the Tylenol murders. However, new revelations and information not previously disclosed tell a very different story of a crime that should have been solved.

In a story both fascinating and dramatic in its warnings, The Tylenol Mafia rips away the facade of an investigation that J&J CEO James Burke labeled “A demonstration without parallel of government and business working with the news media to help protect the public.” This gripping, meticulously documented expose’ unearths the troubling details of an investigation corrupted by well-connected corporate executives and politically motivated government officials who simply buried the truth inside a shadow legal system inaccessible to everyday Americans.